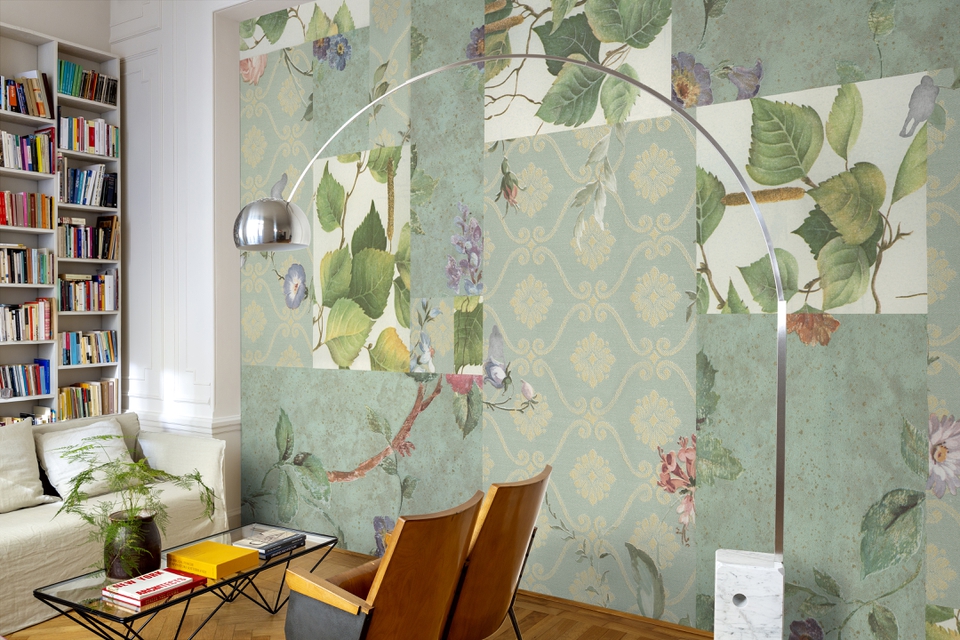 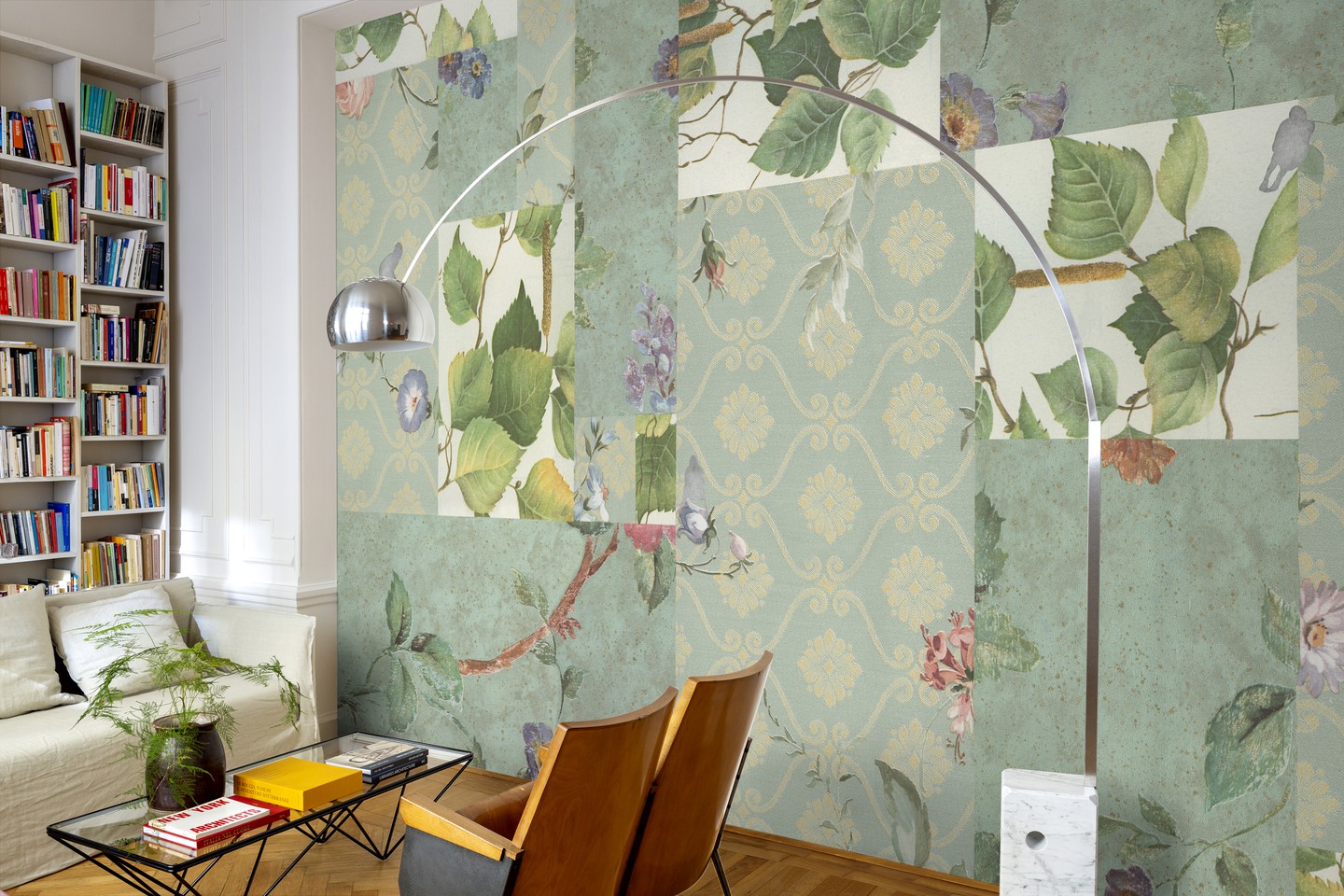 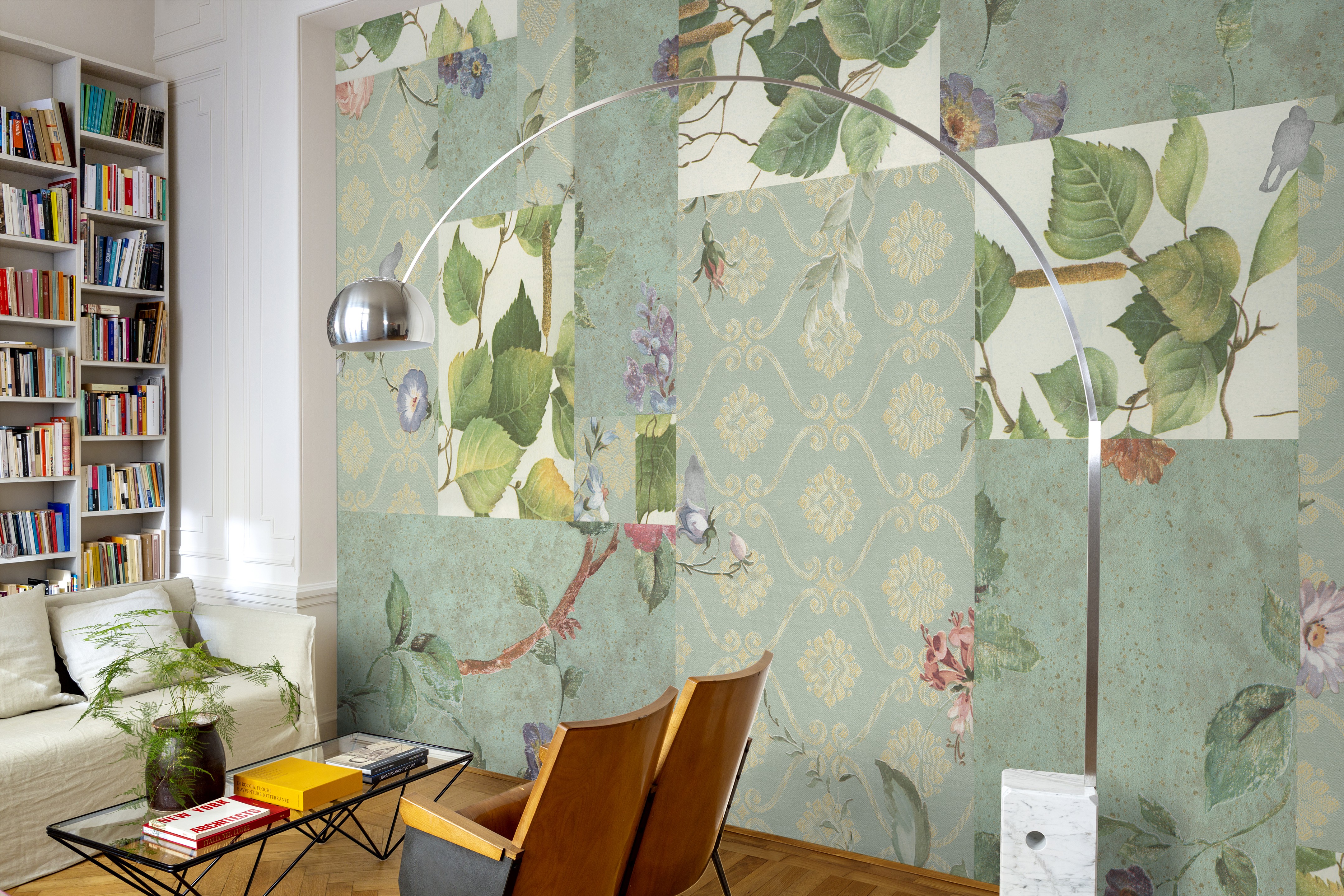 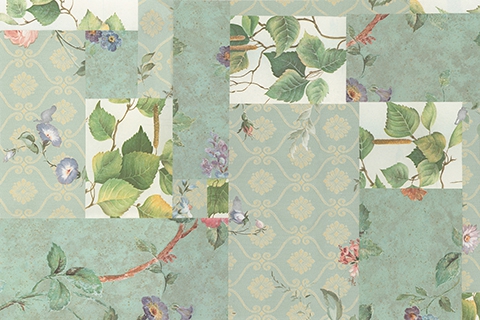 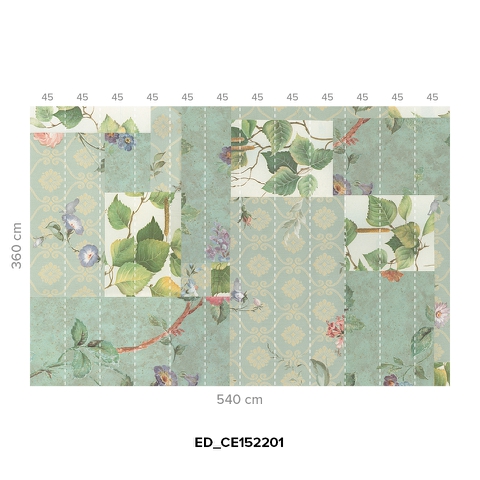 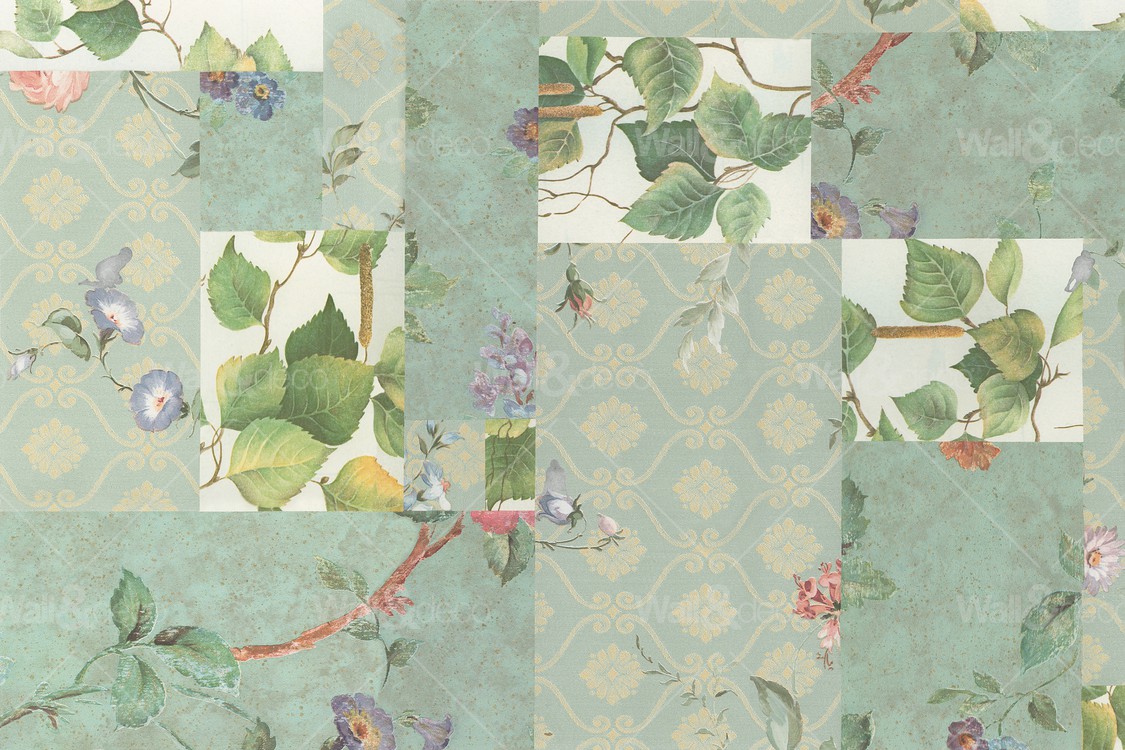 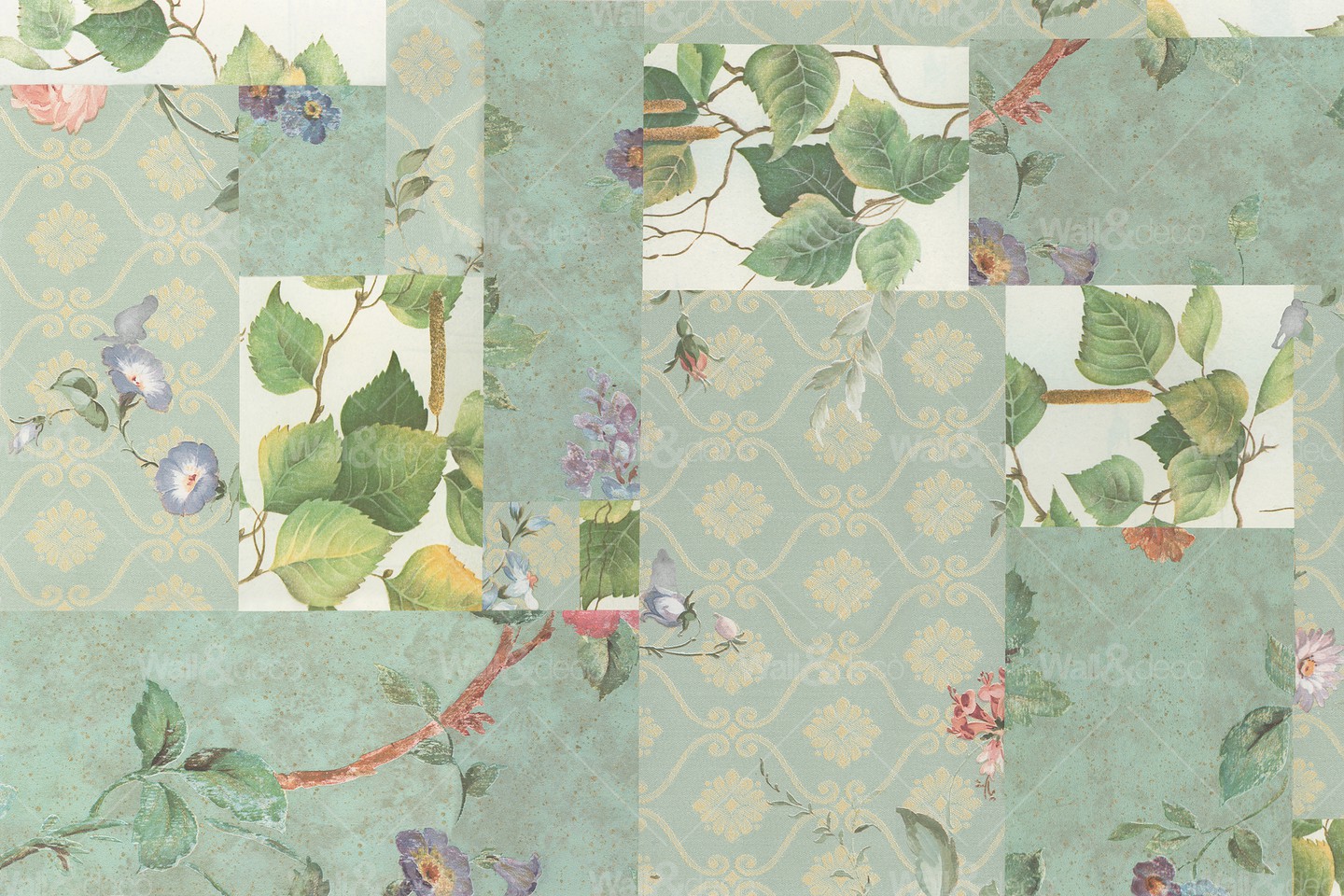 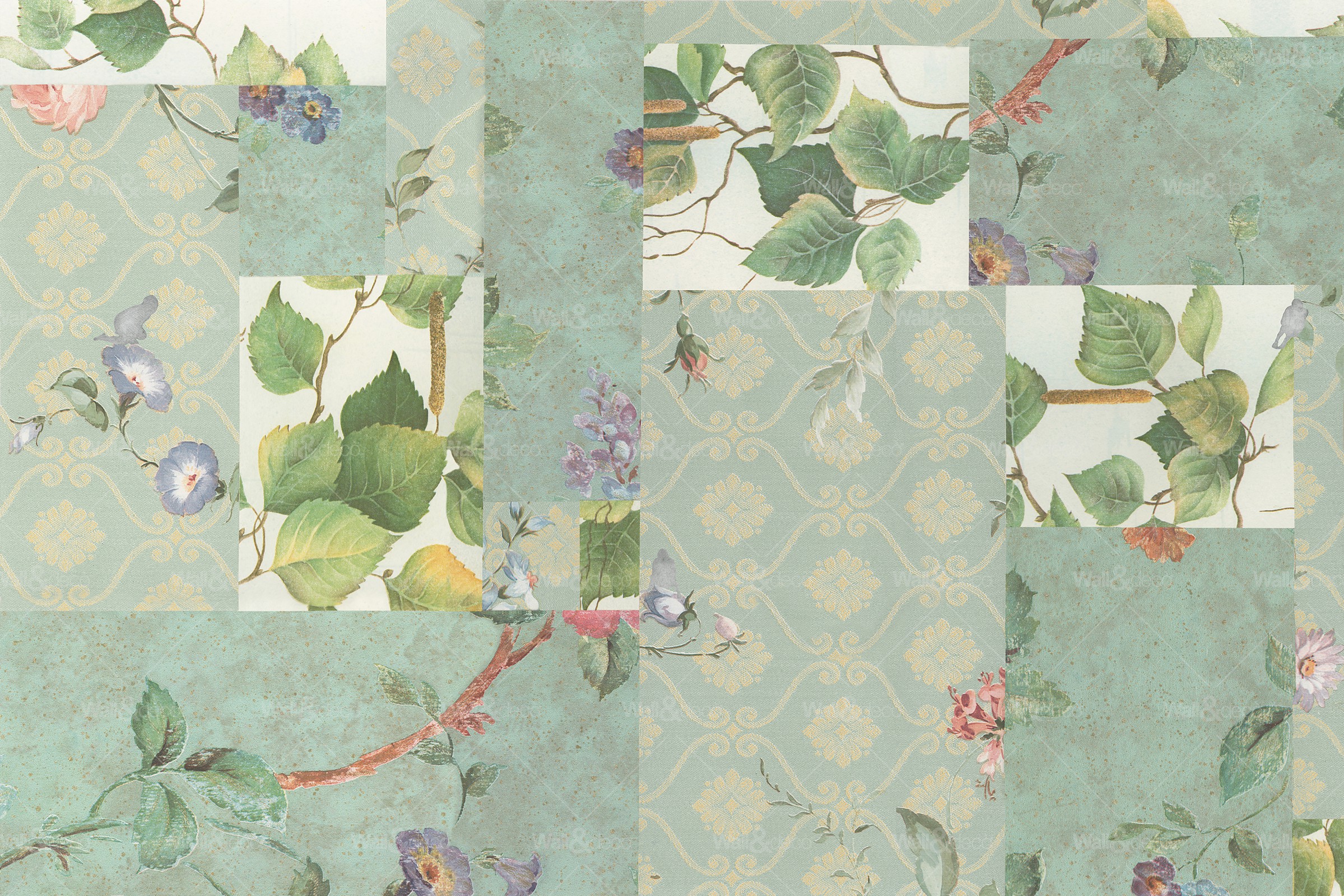 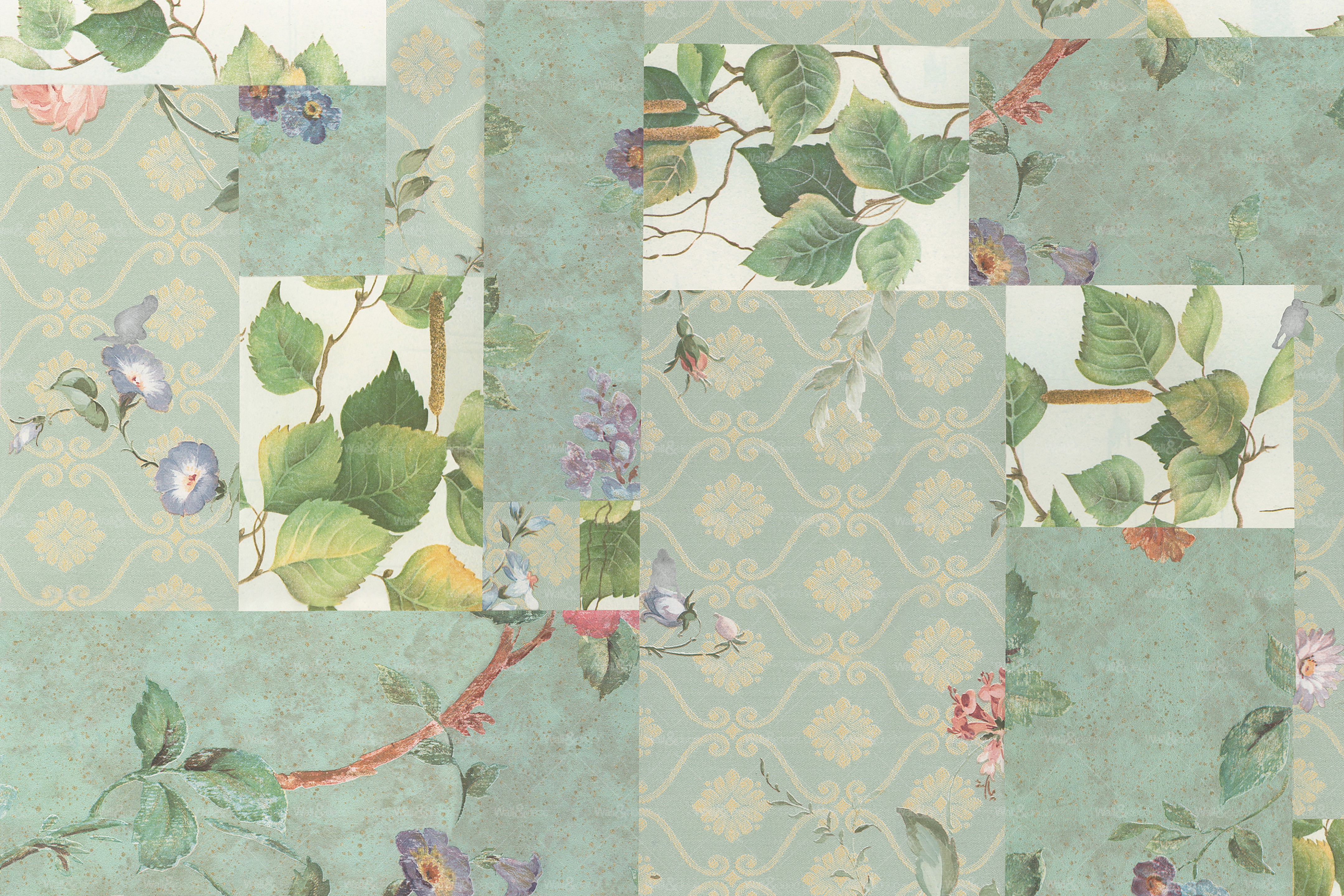 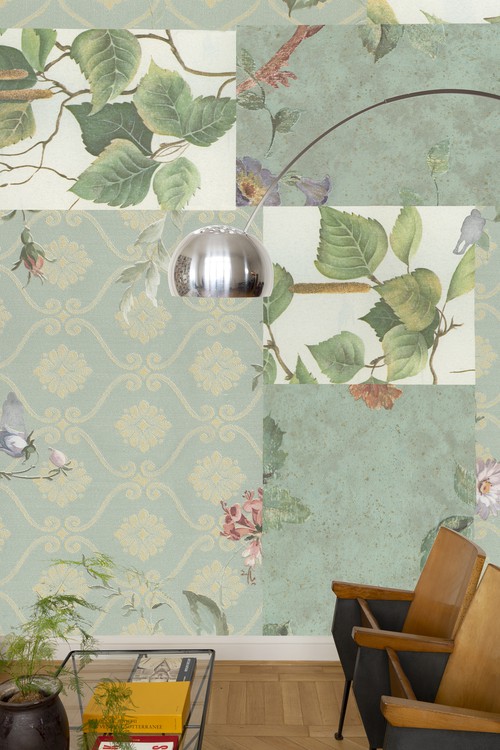 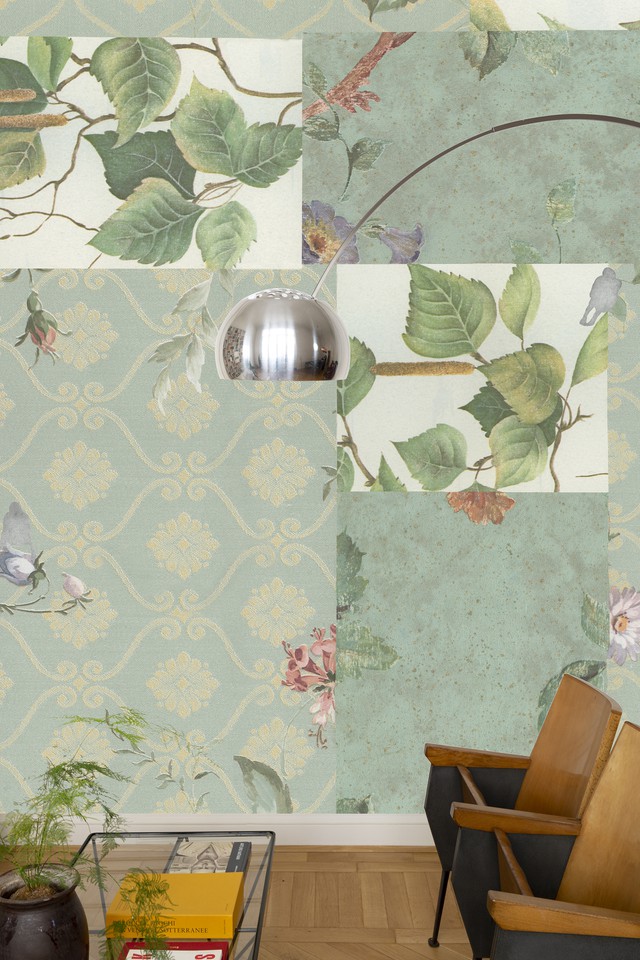 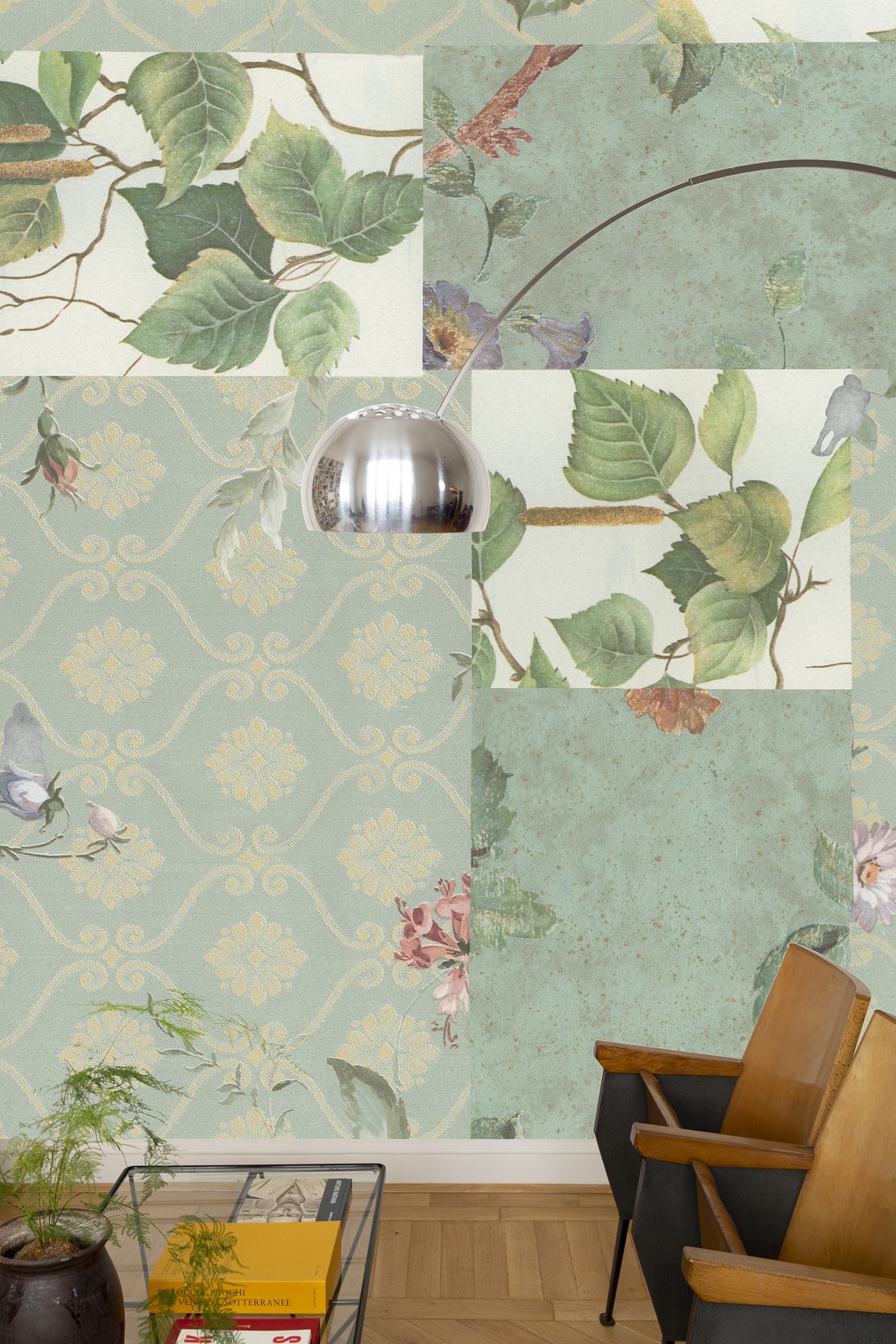 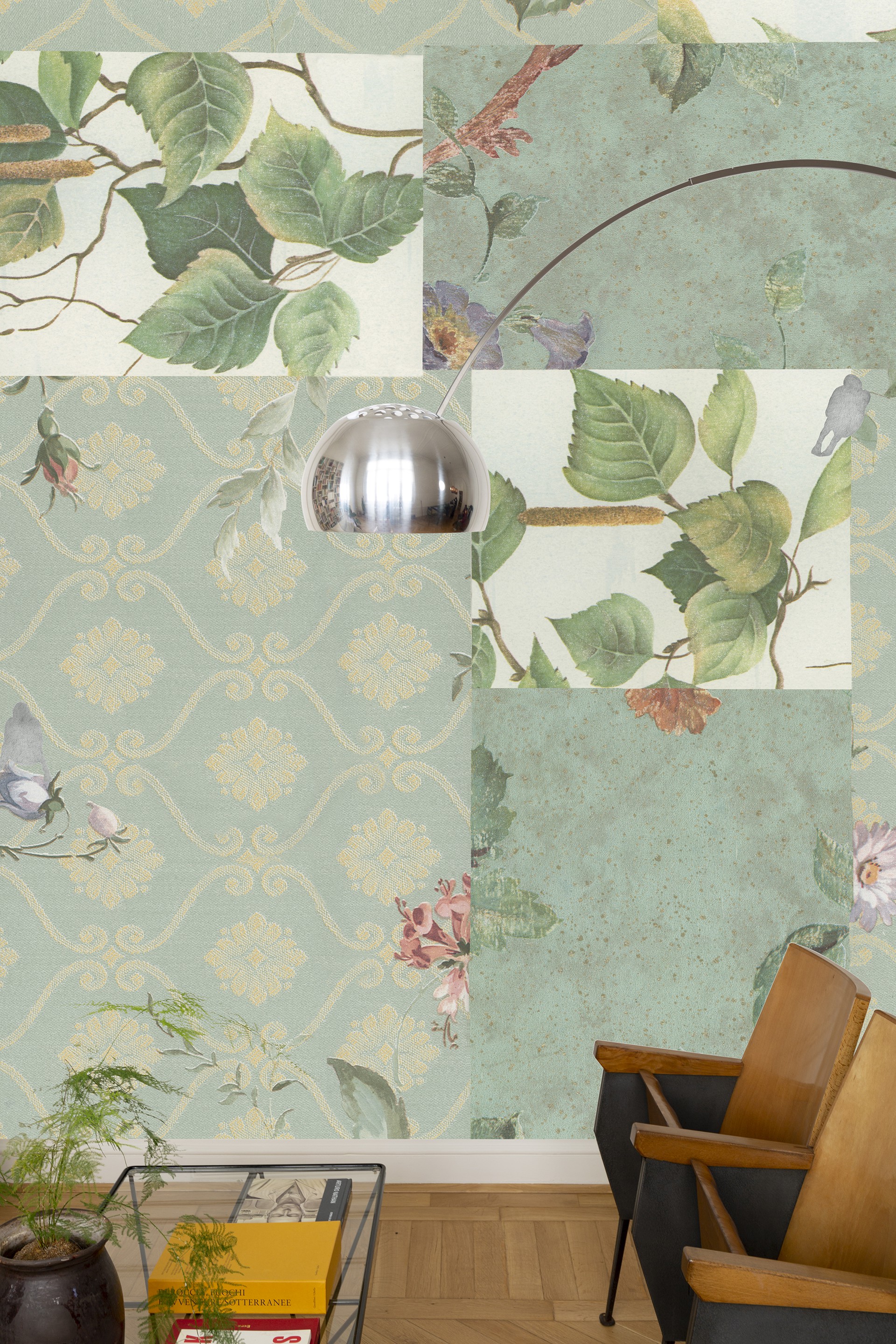 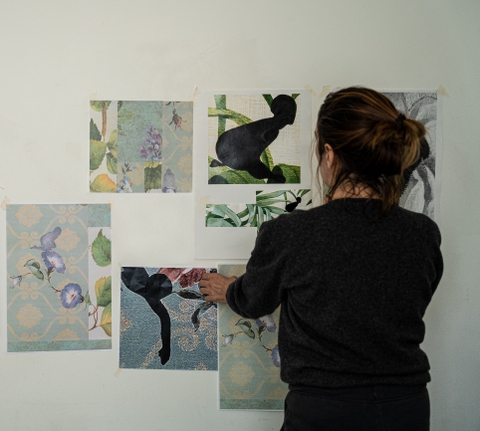 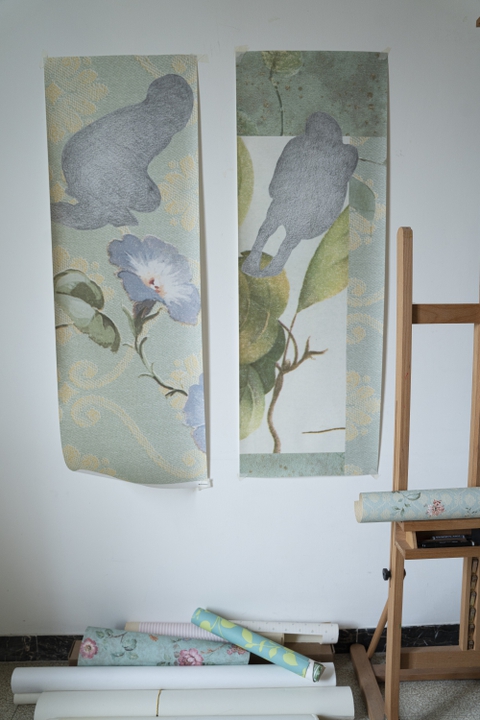 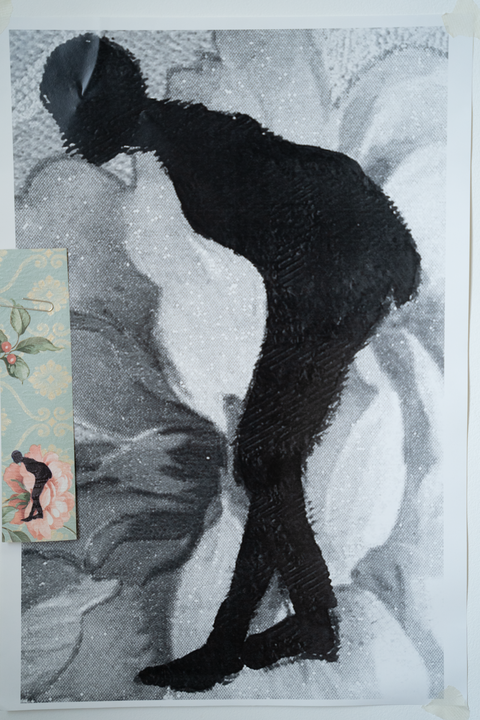 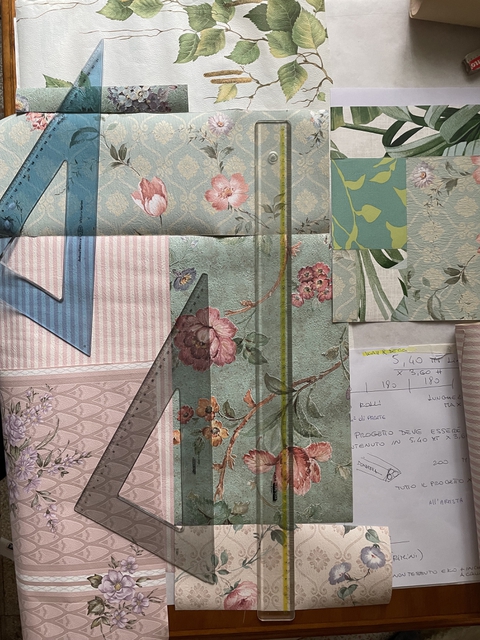 “Different elements alternate to create a single surface, light and as airy as possible" - D. Spaziani

Interested in the use of scraps of upholstery as the genesis of her work; for the first time, Donatella Spaziani has been invited to create her own wallpaper.

The artist gives life to the project entitled 1:5 by activating a circular process starting from the use of old wallpapers assembled together in a coloured patchwork to become her wallcovering design. Scanned and enlarged five times, the old papers are transformed, altering the original image in an explosion of giant figures and countless details.

Donatella Spaziani's ability to depict the synthesis of the body in space through the use of wallpaper returns in 1:5. A stylistic signature of the artist, black silhouettes of figures, taken from a series of self-shots, also appear in this project, transposed on the wall through the technique of drawing, floating between macroscopic flowers and usually details that are usually invisible.

The technique of assembling scraps of different papers sets free the symbolic encounter of three stories. The papers used are all from the beginning of the twentieth century and come from St Petersburg, England and Paris. Equally free is the juxtaposition of the cut-outs, with no concern for proportions or points of conjunction, to favour a marked comparison of their differences.

Looking at 1:5 activates a game of perception that opens up different points of view and perspectives of the same project depending on the distance from which we look at it. As if the artist had applied a magnifying glass to the wall, the detail is emphasised in favour of the whole in a tribute to the history and flexibility of a new medium - wallpaper - which has become part of contemporary artistic research.

Donatella Spaziani (Ceprano 1970) lives and works in Rome. Her work is based on the concept of drawing as a moment in design, that translates into photography, sculpture or sound. 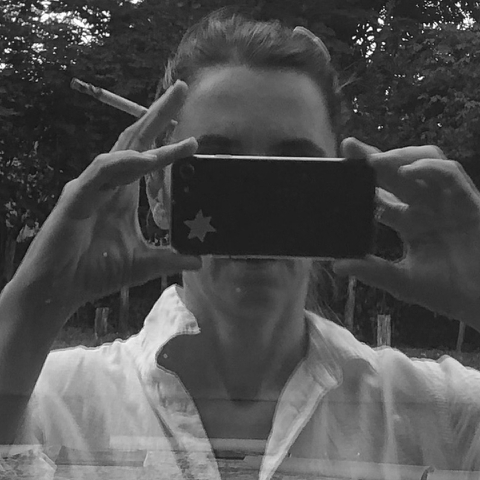