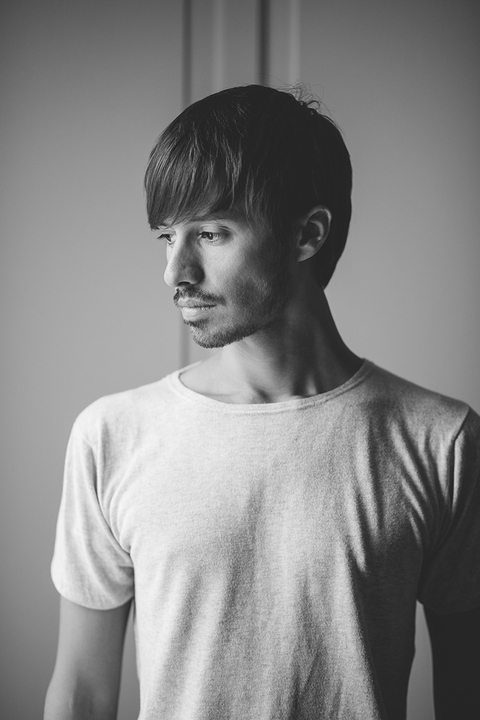 Federico Peri was born in 1983 in Montebelluna in the province of Treviso.
After graduating in Interior Design from the European Institute of Design, he moved to Paris thanks to a residency scholarship for artists.
During this period, brimming with international cross-contaminations and design stimuli, he developed a professional interest and passion for the great masters while also defining his own interest as the synergy of the historical and contemporary.
He returned to Milan to work at Vudafieri Saverino Partners until 2011, when he started his own firm, mainly focused on interior and furniture design.
He collaborates with companies, fashion brands, professionals and individuals, bringing to life projects that closely tie in with individual identities.
Nilufar, an international gallery based in Milan, represents its limited-edition products, including the "Shapes" collection of lamps nominated in 2016 for the German Design Awards.
One of the "best new designer" contestants at the 2017 Salone del Mobile Milano awards with the product "Galerie" designed for FontanaArte, he was also nominated for the "Rising Talent Awards" at Maison&Objet 2018.

“As a child I dreamed of becoming Michael Jordan.”

Can you tell me about your dream as a child?
As a child I dreamed of becoming Michael Jordan. I've always been a basketball fan and, in those years, Jordan was a hero to everyone who followed that sport. I had his posters in my room and I wanted to become like him. Reading his story, I recognize myself in his approach and dedication to work. So, a sports idol as a child and a source of inspiration from a character point of view as an adult.

Milan and, then, Paris, what were the inspirations? How has your way of "doing" design changed?
The one in Paris was a brief but intense experience that gave me the opportunity to confront myself with a city of international scope, rich in different cultures and contaminations. After graduating, I was catapulted into an artists' residence surrounded by photographers and writers. I was the only designer, so much so that at first I wondered why I was there. That experience taught me how the conceptual and personal research that a photographer or an artist does upstream of the creative process is also necessary in design, especially in product design. Then, on weekends, I would ride my bike around Paris alone, photographing the hidden and suggestive corners of the city. This observing, capturing through the lens and being inspired by my surroundings combined with the Parisian habit of creating in solitude have become part of my way of doing design.

A great experience in the design of furnishing accessories for big brands. One among all, FontanaArte. What is it possible to tell in a wallpapaer compared to a design complement?
My work has always been in evolution. I have always looked at the decorative aspect as a completion of my work and the wallpaper is like a large canvas on which to paint, communicate and stimulate emotions. Compared to furnishings, a wallpaper, while sharing space with other objects, takes on a predominant role. In a room it is the first thing that catches the eye and allows you to give personality to an environment.


Intrecci, Zen and Paint, three different patterns that seem very distant from each other and recall a different imagery. Textural brushstrokes in Paint, rigorousness and minimalism in Intrecci and a gateway to the imagination that hints at a garden beyond the confines of the wall in Zen. What is the creative unicum?
The element that unites the three collections is an underlying expressive coherence that can be found both in the use of colors, never too bright, and in the thoughtful gestures of clean, precise lines. It is as if in the three collections I have touched the scale of values that characterize my approach to design. Paint goes with a concept and a stroke, balanced and pondered in the harmony of overlapping brushstrokes, on a sheet of paper, of desaturated colors to create volumes and shades of different intensity. Intrecci and Zen, on the other hand, are more rational, closer to my world as a designer and give a more concrete image of a concept: in Zen wallpaper, which draws heavily on the aesthetic logic of interior design, large doors, like Japanese walls, open onto a barely noticeable natural landscape, recalling calm, air, freedom, setting a boundary between inside and outside. In Intrecci, on the other hand, the balance of the meeting of interwoven ropes, inspired by the seats of the master strawmen, is as if it were designing a sort of wall paneling, a middle ground between artistic and rational.
Do you have the opportunity to cover the wall of a room of your cult artist (art, cinema, design, literature, music, etc.)? Who is the artist and why? Which room would you cover? With which wallpaper?
Carlo Scarpa is one of my favorite architects of the past. I would ideally create a dialogue between Intrecci, which has a neutral concrete surface on which horizontal and vertical lines move, and one of the walls of a room in Palazzo Querini Stampalia in Venice, which has geometric horizontal brass inserts with cuts of light on a neutral stone surface.
If I were thinking of inserting a design complement of my own, I think of the Shapes collection of lamps I designed for Galleria Nilufar a sort of grid of brass lines with inserts of white glass spheres. These three elements speak the same language.